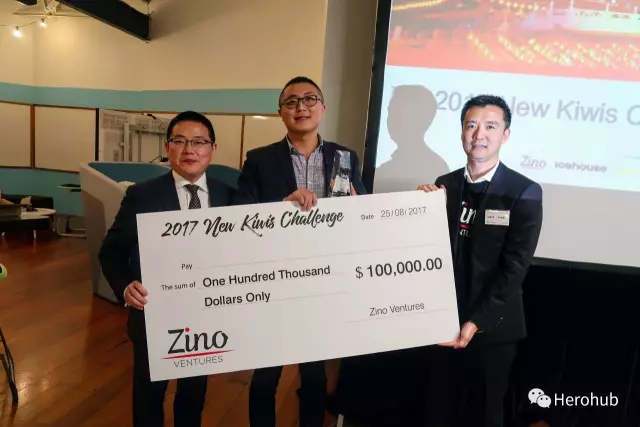 “Mobile internet platforms have lots of potential overseas” – Rock , the founder of Enring, said so confidently at his Auckland office.

Rock’s Chinese name is Yan, which literally translates into Rock in English. He is a hardcore coder from China, and immigrated to New Zealand a few years ago.

In 2014 Rock started Enring in Auckland, providing technical support to merchants. He has since transformed his business into a “new-retail” tech firm, offering merchants business solutions for selling their products on multiple social media platforms.

Enring is currently working closely with Tencent, as Tencent expands overseas to establish a shopping ecosystem for Chinese tourists.

The name “Enring” means to circulate or to make something go around. Rock says he wishes to use technology to drive new values for all parties within the ecosystem “ring” by making business easier.

The platform operates a similar business model to its well established rival in China, Youzan, but has received significant interest after launch as it focusses on the overseas market.

During the interview, Rock said, “Skilled people are hard to come by in this space, everyone is working tirelessly – but at the same time, our people feel a huge sense of achievement from the results Enring has been able to achieve”. 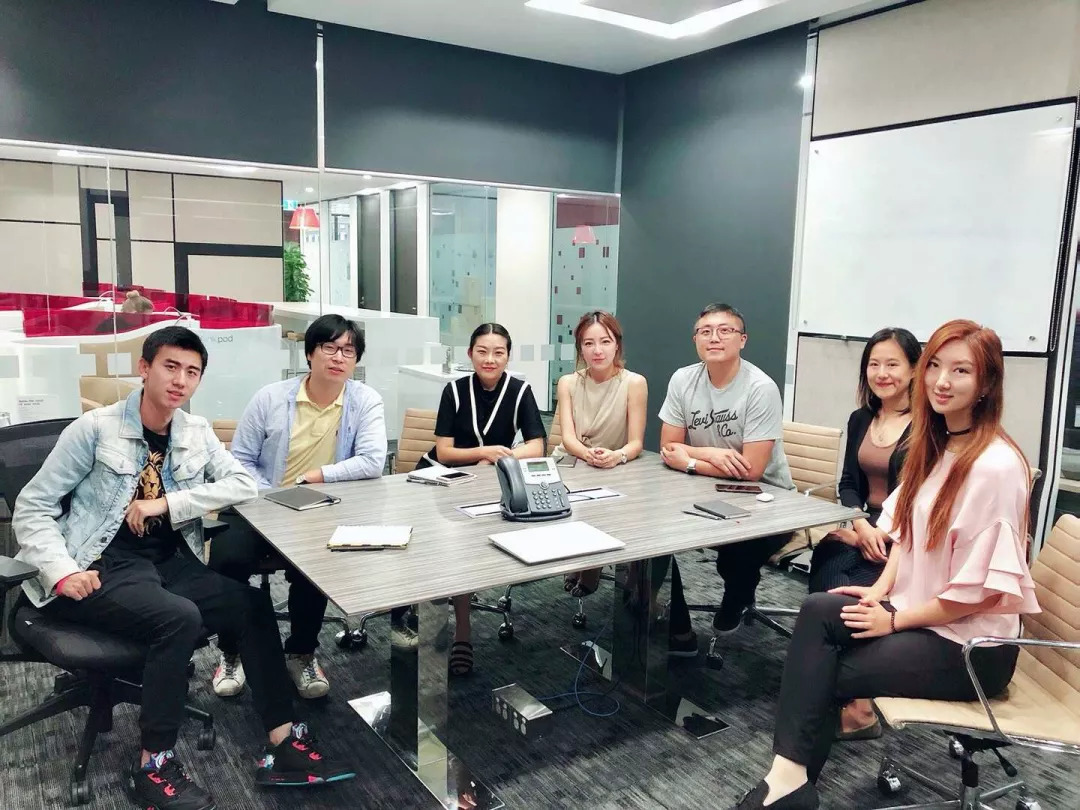 In Rock’s eyes, NZ is a highly developed society struggling with the tiny scale of its at-home markets. This has led to a rather conservative and lagged status quo for many retailers in the mobile internet age.

Apart from a few stand out examples, many retailers have not connected vertically, and relationships with its customers remain offline.

Rock, coming from a coder background is well aware of the potential benefits of these businesses embracing mobile internet.

According to a research report from Nielsen, NZ currently has over 2.1m people shopping online, which is close to half its total population.

Additionally, NZ has tons of tourists from overseas who are used to paying with their phones rather than their wallets.

Rock has chosen for Enring to work with Wechat, in part because Wechat has really competitive fees, but primarily because it is the payment channel of choice for so many tourists to New Zealand and beyond.

In February of 2016, Enring received its license as Wechat Pay’s service provider, and has applied for the FSP (Financial Service Provider) license.

Rock sees addressing payment is the first step to setting up a successful electronic retail ecosystem and he is determined to be the one to come up with the solution.

With funding from Zino and NZVIF in October of 2017, Enring has expanded quickly in NZ, Australia and Japan, employing more than 40 employees and servicing more than 200 retailers.

Currently Enring is preparing for its next round of investment, with a valuation of over $10m USD.

Enring attracted many interested investors quickly, but Rock was seeking “smart money”;  investment that supports entrepreneurs in the tech start up space”.

In June of 2017, Zino was running a start-up competition for migrant entrepreneurs, Rock’s friends saw it and encouraged him to participate. With the prize money in mind, Rock decided to give it a shot.

Although he first saw it as an opportunity to get Enring some good publicity, Enring surprised everyone by advancing all the way to the finals, and eventually winning the whole competition.

On the evening of the finals, although his English was a work in progress, Rock’s passion, and Enring’s global potential, resonated with everyone present. 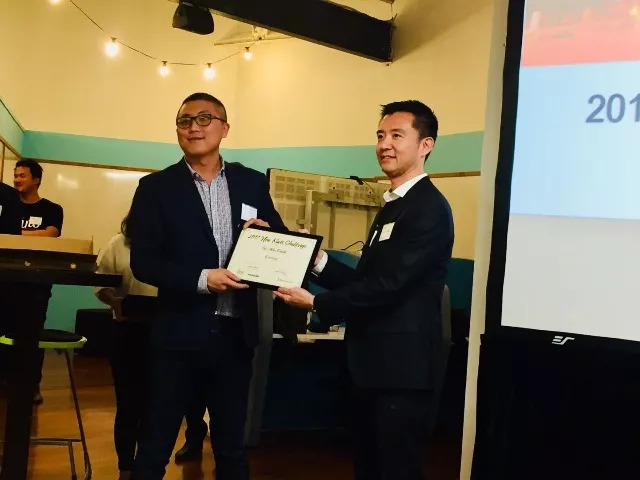 As a matter of fact, Zino had been observing Enring for a long time, and Enring winning the competition was the last thing Zino needed to decide to invest. “Zino has a very professional team, and I believe they can genuinely add value to my company”,  says Rock.

Zino is the first Chinese led venture capital fund in NZ, and was established by George Gong, David Wang, Ferris Lu and Nelson Wang. It operates with a vision to take high potential NZ start-ups into Chinese speaking markets, by using their well-established networks and sound knowledge of the markets.

Its founder and chairman George said, “in the past 20 years China has made long strides in the internet age, and have created many successful business models that can be replicated overseas. In the age of fast flowing talent globally, there have been many entrepreneurs who are pursuing their dreams overseas, such as Rock.”

George is a very experienced investor and entrepreneur, and serves on the board of Callaghan Innovation, where he is the only board member of Asian descent.

David Wang, Zino’s co-founder said Rock’s determination to change the world resonated with Zino, and that it is hard to be a migrant entrepreneur overseas. However, he saw Enring’s business model as a great investment opportunity for  Zino’s Growth Fund – the reason why it invested USD2.5m in 2017. 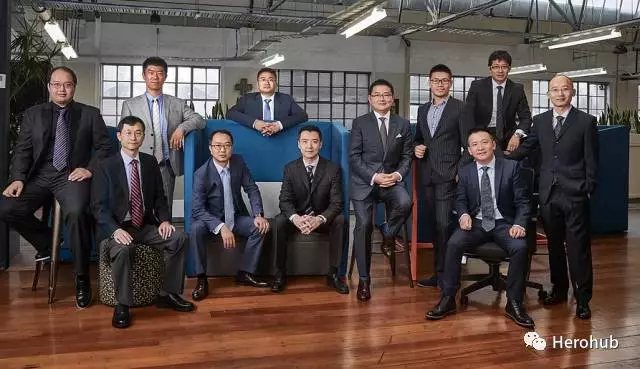 Enring has also recently received significant support from the Australian and Japanese governments.

In May of this year, Enring was invited to attend the “Future of Asian Finance” conference in Sydney, which reinforced its relationships with the government agencies in Australia.

Australia poses as a huge market for Enring, with 12.1m users of social media, and  forecasts that 10% of all goods bought and sold will be through online channels by 2020.

In Japan, Enring was included in the government support list for internet companies, allowing Enring to recover up to 50% of its IT development costs.

Rock believes Enring is at the forefront of redefining the relationship between retailers and customers, and that the market will only get larger as more retailers realise the benefits of social retailing. He is determined to overcome all challenges and add another success story to the NZ start up community. 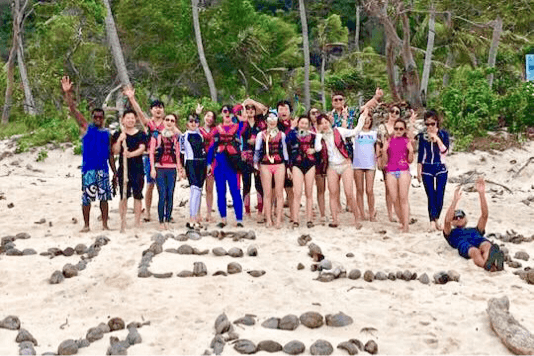